25 Sep ‘Around the Corner’ films Portage 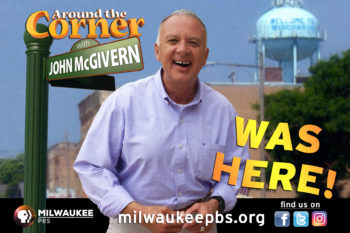 wcase Wisconsin’s fabulous communities through the stories of people as they live, work, and play in the place they call home.

John and the show’s crew are now shooting Season 8. Filming in Portage has begun. After 94 episodes and 12 more scheduled for 2019, viewers look forward to discovering the new places John finds, and the people he meets along the way.

The new season of Around the Corner with John McGivern begins January 2019, with the Portage show airing March 28.